As an additional segment to our Q&A session, Jason Carter of Epic Outdoors elaborated on his particular philosophy and attitude towards the unit he hunts. Emphasizing the type of mentality he maintains in order to achieve his ultimate goal: harvesting the biggest buck on the unit.

Dive into all 3 original parts of our Q&A session here.


Q: Do you get anxiety when you're not exploring and learning new areas?

A: I feel a sense of anxiety when I feel like I'm not doing a unit justice. I always have to be learning. If I'm not learning something new, then I'm not giving enough of myself to the hunt. I look back on some of the hunts where I didn't do it justice, and it makes me sick to my stomach. If I would have known then what I know now about some of these hunts in Nevada, when they were actually good season dates and weren't as restrictive – I would have killed some monsters.

It makes me sick looking back, knowing I didn't do them justice. I just simply took them for granted.

It makes me sick looking back, knowing I didn't do them justice. I just simply took them for granted. I did the bare minimum at times to get by. Unfortunately, as time goes on these trophies are tougher and tougher to come by. There's a lot more competition for them, since the resource is scarce and they're more valuable. When they're more valuable people put more time in and hire guides, they invest more energy and effort into them.

All that takes away from that scarce resource, so it can make it tougher to harvest them. I myself am included in putting in as much time in as I ever have or more. If I had done that back in the mid-90s – what I'm doing today – it would just be incredible. That's what keeps me going, knowing these opportunities are somewhat rare at times. It's tough to get tags, so I want to do it justice.

When you hunt new units – and this is pretty much across the board without fail – and you get done hunting that unit, if you could draw that again and go back taking that knowledge to the following year, invariably, you'd be ten times as successful. You know so much by hunting it, learning it as you went. However, that's the tough part about it. Maybe it took you 12 or 15 points to draw the tag, and you get it nailed by the end, but it's the end.

You have to work harder than ever, so when you're done you actually harvest an animal that's worthy of that tag. Instead of saying, "man, if I could do it over... I'd do this and this and this".

That's what keeps me going, to scout them harder and try to do as much work upfront, knowing how I felt in the past when I didn't do the unit justice. You have to work harder than ever, so when you're done you actually harvest an animal that's worthy of that tag. Instead of saying, "man, if I could do it over... I'd do this and this and this".

You simply get out of them what you put into them. Sometimes we get lucky and we'll take that every time it comes. But, just do as much as you can, even if it's prepping for a rut which you can't really scout for, go over there in summer and learn the roads, learn a few things; call, plot down all the winter ranges, etc. Consequently, when you are able to scout and are close to the season, your time will be well spent. As you'll be building off of months of learning and preparation you'll have performed previously. You'll be prepared enough to find yourself in good places, even without fully knowing the animals and the herds within that area. 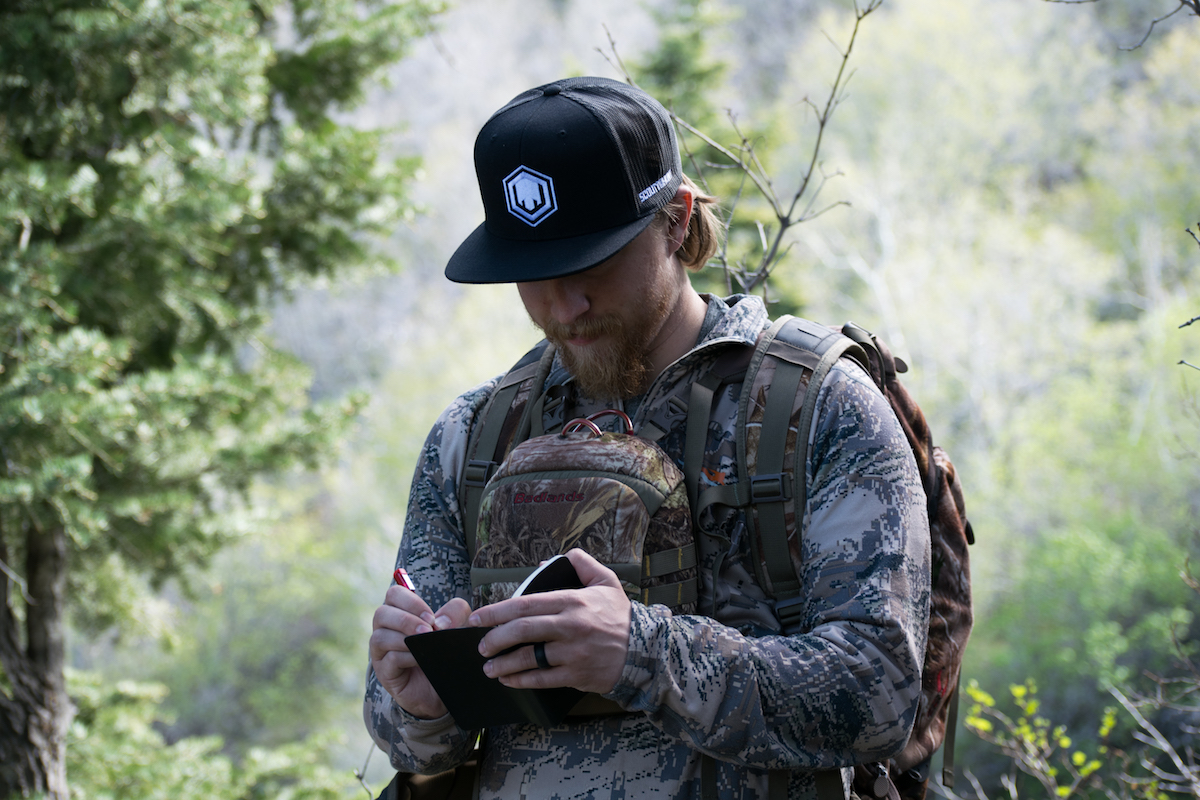 If I know I'm going to draw a unit down the road or maybe next year, I might go during the season this year and scout it out. I want to learn where the higher concentrations of animals are, where the does are, knowing that the bucks are going to come in. Generally, elk and deer will rut in the same areas even though they may move to rut. They are animals of habit and tradition as well. They'll come back year after year and basically rut in the same country.

The times that I say, I'm giving this tag everything I have no matter what – good things happen.

The times that I say, I'm giving this tag everything I have no matter what – good things happen. There is a much higher probability that good things will happen. If you just totally rely on luck and don't put much into it, more often than not you end up taking an animal that you're just barely satisfied with or you eat your tag, and those tags are hard to come by. It's no different than anything else in life, the more you put into it the more you're going to get out of it. Whether it's work, your family, hunting, anything and everything.

In this case, less is better. When I've had very few deer tags I've been able to do them justice. Even nowadays, I find myself spread way too thin and I don't get to do the tag justice. I would do much better on one or two tags than having 4 or 5 tags, and I currently have 4 or 5 tags. I've got a lot of points across the West and I want to do everything. However, I have kids and everything else, so my time gets more spread out, and the more it gets spread out the less successful I am with big trophy animals.

As far as costs go, when you really think about it one tank of gas, 5 tanks of gas, 15 to 20 tanks of gas pale in comparison to the value of the points you may have had to use, the potential that that unit holds or price of a guided hunt, etc. Don't let the price of a tank of gas slow you down from hunting animals on one extreme edge of the unit versus another. Be aggressive and be willing to do the tag justice and do it right. Hunt where you need to hunt and be able to spend the money you need to spend. If that means cutting back on other hunts to do one or two hunts justice, then cut back. If you want to do them all, do them all. You just may not be able to do them all justice. However, everyone's situation is different. 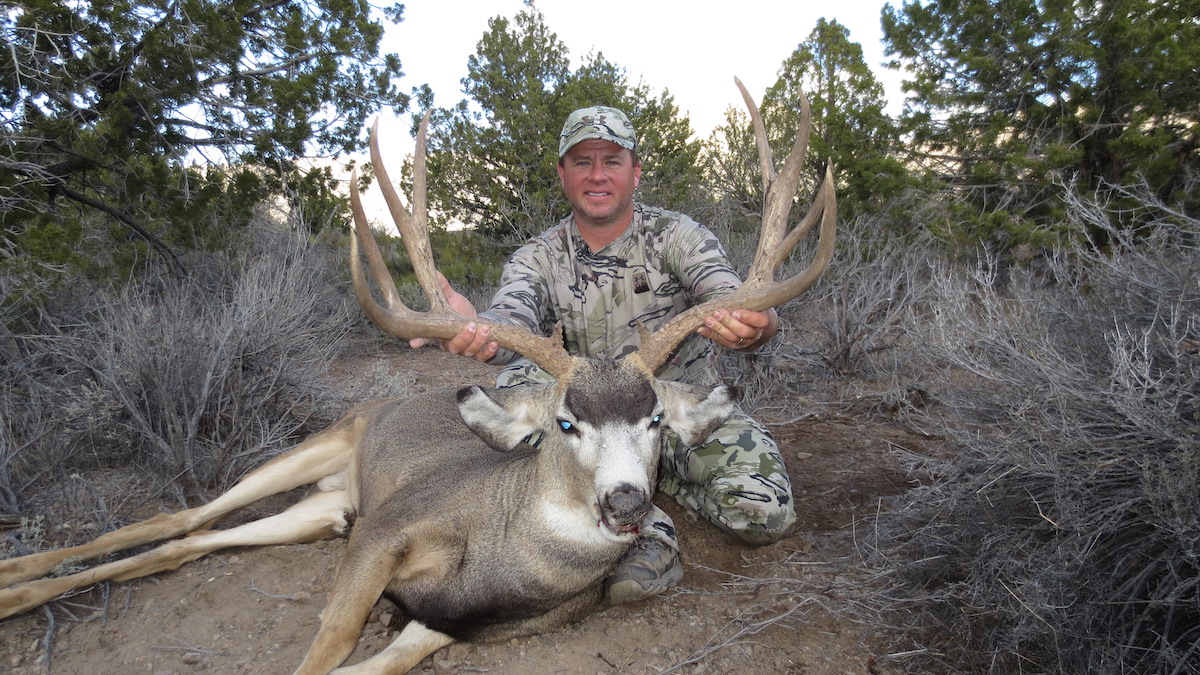